Login or Register
Did you forget your keyword?
Share 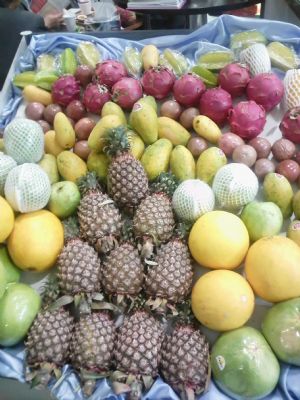 A large portion of all fresh produce is lost worldwide after harvest. The main causes are physiological (wilting, shriveling, chilling injury, etc), pathological (decay due to fungi and bacteria) and physical (mechanical injury), being these causes in many instances interrelated, i.e. mechanical injury can lead to postharvest decay in many cases. Losses are estimated at 20-40% in developing countries and 10-15% in developed countries, depending on the crop. Just in the EU an estimated 4 billion EUR is lost due to postharvest losses and reduced quality of fruit.

In order to reduce these losses in the distribution chain, producers tend to harvest green, immature fruit. As a consequence consumers complain often about poor tasting, green, hard fruit.

Postharvest chemicals offer protection against decay after harvest. However in many cases, mainly in European countries, they can´t be used because lack of regulatory approval, besides their application requires close control of treatment methods for food safety reasons. Environmental disposal of residues at the packingstation is also a real issue today.

There is a unique business opportunity in the development and sales of postharvest technology that would ensure:
- fruit protection in transit free consistently of decay
- food safety of fresh produce
- optimum delivery of ripe, ready-to-eat fruit

These solutions for the decrease in postharvest losses will require, in many cases, an integrated approach from “seed to supermarket shelf” since many pre-harvest factors do influence postharvest behavior and losses (Hewett, E.W., 2006)

This would include a portfolio of products and services such as postharvest protection products, coatings, fruit treatment systems, new packaging materials and designs and innovative ripening, and cold storage systems, for the main export fruits worldwide.

It is estimated that a total of 20-40% of all crops in developing countries is lost to postharvest losses. Losses are due to decay, mechanical damage, physiological disorders, and even to the action of several fruit flies, during harvest, storage and transport.
Here is some evidence:
• 10-20% of the total grain harvest is lost each year due to improper or inefficient storage and handling, according to Archer Daniels-Midland´s co-chairman Patricia Woertz (Davos, 2010)
• Losses in rice after harvest in Southeast Asia are estimated between 10-37% (FAO, 1999)
• Grain postharvest losses in Africa are estimated between 11-18% depending on the crop. ( APHLIS, 2010)
• Potato postharvest losses in Asia are estimated at 23-27% (FAO 2009)
In the specific case of fruits and vegetables, losses after harvest are particularly severe due to the highly perishable nature of these agricultural products
• Postharvest losses of tomatoes in Egypt account for 27-43%,depending on the source (University of California, 2009)
• Vegetable ( tomato, cucumber, pepper, beans) postharvest losses in Southeast Asia range between 13-20%
• Mango postharvest losses in several tropical countries (Benin, Brazil, Costa Rica, Pakistan) range between 15% in the dry season and 70% in the rainy season mostly due to poor storage and anthracnose (University of California 2009)
• In India and China, countries with a combined population of 2.4 billion inhabitants postharvest losses are estimated at:
o Citrus and mango 15- 25%
o Cabbage 20%-25%
o Tomato 20-35% (Kumar et al 2004) (Feng, 2001)

These losses occur not only in developing countries. It is estimated that postharvest losses in developed countries are an average of 12% from production to retail warehouses, and an estimated 20% at retail stores and foodservice sites (University of California, 2009)

Rejected produce is not the only source of value loss: downgraded fruit from Class I to Class II adds up to an additional 10%-20% due to reduction in value by fruit salespeople, depending on the crop. These losses are not accounted for separately in the accounting systems of fresh produce wholesalers.

The wholesale value of fruits is estimated at around 40 billion EUR, and a similar figure for vegetables. This means that, just in the EU, postharvest losses of fruits are valued conservatively at 4.8 billion EUR assuming a 12% total chain loss, and not accounting for retail losses.

Although reduction of postharvest losses represents a large business opportunity and potential for economic benefit, it is a research and development area which is receiving limited attention. In terms of research funds, the University of California at Davis reported in 2010 that fully 95% of research funds directed at agriculture were focused on production, while just 5% was dedicated to the study of postharvest handling and infrastructure.

Apart from downright reject of damaged fruit, which sometimes reaches the retail shelves, one of the most common causes of consumer dissatisfaction is poor quality fruit at the retail store due to poor harvesting, handling, storage, and transport conditions. Bruises, rind defects, excess ripeness and senescence, and decay cause automatic rejection by purchasing managers at retail chains.

Growers and shippers in general try to reduce postharvest losses through earlier harvesting, shipping greener fruit. Often this fruit has not reached the maturity levels necessary for good eating quality (sugars, taste and color development),
In order to reduce fruit losses, the natural reaction of producers has been to harvest green, unripe fruit. This change in harvest criteria results in less losses in transit, but is a major cause of rejection, or dissatisfaction, by consumers, leading to sales reduction. Consumers in general dislike unripe green fruit with no taste. Eventually, the fruit is equally rejected at the display in the supermarket, causing lost sales.

Ripening rooms are used habitually for some crops, such as bananas, but are seldom used for others, such as mango and avocado. In citrus, degreening rooms are used to remove chlorophyll, the green pigment, and expose carotenes, the orange pigment characteristic of citrus. When fruits are harvested at the proper maturity, ripening systems can improve significantly the eating quality of many fruits at retail, such as stone fruits, pears, mango, avocado... These systems have to be well designed, managed and controlled, so that they improve fruit eating and visual quality without damaging internal quality and/or reducing shelf life of the produce.

Breeding for shelf life and productivity at the expense of taste has also been a characteristic of the seed vegetable business in the past decades. Luckily in some crops, such as tomato and melon, the trend was reverted in variety development about 10 years ago, with the introduction of tastier varieties. Still, the bulk of the vegetable varieties being sold today is selected for productivity, disease resistance and extended shelf life.

Postharvest chemicals amount for a very small input and value of total agricultural chemicals, but present the most risks and visibility. They are applied the last in the fresh produce production chain, and applied directly on the fruit. If applied they surely appear in fresh produce residue analyses.
Application of postharvest chemicals has been traditionally the responsibility of fruit producers and handlers. Mistakes in dosage, application, equipment calibration and coverage can result in excess deposition in certain fruit parts or whole lots. There is a very high sensitivity in retail to residue issues not only when MRLs (maximum residue levels) are exceeded, also some retailers in Europe favor a zero–residue policy.
Good deposition, correct concentration and dosage per fruit are keys. Unfortunately, in many production areas, postharvest application methods are deficient
Additionally, there exists the environmental problem of the disposal of excess chemical residue in the packingstation after fruit or vegetable spraying in an environmentally. A large tank of postharvest chemical treatment is prepared in the morning and applied to the fresh produce through drenching or “waterfall” systems. The rest of the solution is collected and recirculated. At the end of the day this rest has to be disposed. Zero spillage chemical application systems have been developed, such as the one developed by Citrosol in Spain(Citrosol zero spillage®), but only starting to be implemented.

In summary, the combination of
- Large losses in fruits and vegetables after harvest due to improper handling transport and storage, in the form of rejected or downgraded produce.
- The chronic complaints among consumers regarding poor quality (taste, color, sweetness, freshness) in fruits and vegetables
- The public concern for food safety and residues especially in fresh produce
- The environmental issues around disposal of postharvest treatments

point out towards a significant business opportunity in the area of postharvest technology.